“The greatest threat to our planet is the belief that someone else will save it” – Robert Swan.

The word “sustainability” is something that we’re all familiar with. Some of us hear it more often than others, depending on the environment we’re in. The word was used to describe the efficiency of a process- be it harvesting crops, manufacturing machinery, but quickly moved to the definition we’ve all learned about – “focusing on the needs of the present without sacrificing the needs of future generations”. As you can see from the figure, the word “sustainable” being used saw a massive spike in the latter half of the 20th century, when mankind began harnessing powerful technologies to make progress in all fields of life. Although this ensured higher standards of living, the large-scale industrialization and exploitation of resources led to rising global challenges.

Bio-diversity which is the sum of all life, soon saw an imbalance as mankind swapped ECO with EGO- failing to be “sustainable”. The sudden popularity behind the word now makes a lot of sense. Being a staple of most marketing campaigns or corporate annual reports, the word has provided a (false?) sense of security to consumers that their actions are not actively contributing towards harming the planet.

But is that enough? 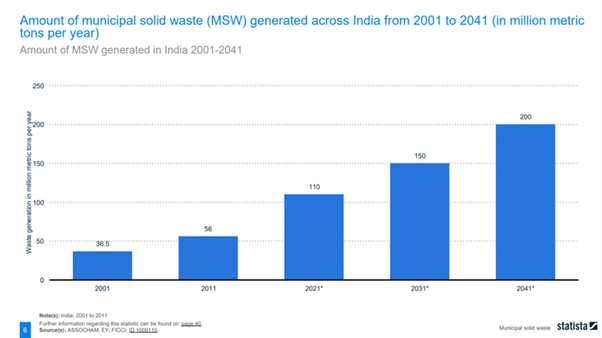 So what’s the reason behind these astronomical numbers?

Technology has gradually helped improve the lifespan of human beings. Would you believe me if I said we’ve managed to decrease the lifespan of other things? Not only living things, some of which we’ve pushed to extinction but also nonliving things. Well, let me shed some light. The Lightbulb Conspiracy highlights how the light bulbs from the 1920s lasted 2500 hrs but were “artificially reduced” to 1000 hrs in 1924. Nylon stockings were initially made to last but later replaced to be more fragile.

But why would anyone do this?

It becomes fairly obvious that the motto was to limit the useful life to increase sales and generate more revenue. Isn’t it infuriating to have to buy 2.5x more bulbs than you had to? This is termed Planned Obsolescence. 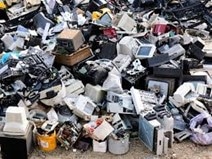 But a far greater threat is Perceived Obsolescence- the desire on the part of a consumer to own something a little newer and a little sooner than is necessary. We can all think about examples for this- buying gadgets more often than we have to, just because it’s perceived to be cool, or the present “doesn’t have the latest features”.

And each of us is guilty on this front but this isn’t infuriating as much because it was “our choice”.

So how do we move forward?

A change in mindset is the first step. Companies have now started to look for factors beyond just “profit”,  factoring in stakeholders, and the environment, adopting what’s called the

By assessing the impact of their operations on all three of these factors, companies now holistically evaluate their success. This goes hand in hand with the paradigm shift being observed in the economy.

Companies that follow a linear path are being disrupted by the ones who are adopting a circular economy- a system that’s aimed at eliminating waste and ensuring a continual use of resources.

The ReSOLVE Framework helps understand the concept of circularity and its implementation in various fields.

Surely, there are many more businesses that may fit this framework, simultaneously across multiple fields. Can you think of more examples? Tell us here and we’ll give you a shout out!

At a global level, countries came together and at the United Nations Summit in 2015 drafted the Sustainable Development Goals (UN SDGs) also known as global goals. These were adopted as a universal call to action to end poverty, protect the planet and ensure that all people enjoy peace and prosperity by 2030. These consist of 17 main ideas that are integrated i.e outcomes in one area will bring about outcomes in the others.

India has also made great waves in contributing to these UN SDGs through various campaigns and ensuring efficiency by volunteering for Voluntary National Reviews (VNRs). The phrase “Sabka Saath. Sabka Vikas”, which translates as “Collective effort. Inclusive Development” enunciated by the Prime Minister, forms the cornerstone of the nation’s development goals. Read more about it here.

At an individual level, each of our actions can create a ripple that leads to larger waves of impact. It’s similar to being a small dot of the bigger picture- the more the dots that come together, the better is the resolution of the image. Welcoming small changes such as buying second-hand clothes/books, avoiding single-use plastics, reducing food waste, questioning your wants, segregating your wastes, composting at home, swapping to greener/eco-friendly products, shopping local, and more go a long way.

“An environmental sustainable ninja leaves no footprint”-  The Internet